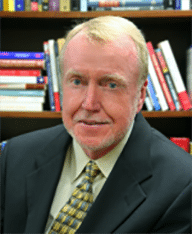 Boettcher will speak on the U.S. withdrawal of troops from Afghanistan in a speech, “America’s Longest War:  How we lost our way.”

The event is sponsored by the Carl and Carolyn Renfro Endowed Lectureship Program and Northern Oklahoma College.

Tickets for the lectureship may be purchased on a first come, first served basis beginning Tuesday, Sept. 14 at 9 a.m.

A reserved table with seating for eight may be purchased for $400, which includes dinner in the Renfro Center at 6 p.m.  The lecture will be held at the Kinzer Performing Arts Center at 7:30 p.m.  Dress attire is business casual.

Individual tickets for the lecture only may be purchased at a cost of $20 each.  The tickets are non-refundable.

Tickets may be purchased by credit card by calling 580-628-6214 or in person at the NOC Development Office, Vineyard Library-Administration Building, NOC Tonkawa.

The Ponca City native is recognized as one of the world’s most experienced foreign correspondents, covering wars and revolutions in every part of the globe since 1980.  He spent four of the past 20 years in Afghanistan covering America’s longest war.

He has witnessed, investigated and been a victim of terrorism himself. He was kidnapped and threatened with execution in El Salvador in 1985. Twenty years later, he survived a suicide bomber attack and a roadside bombing in Baghdad. Boettcher covered the emergence of modern terrorist tactics in the early 1980’s in Lebanon when the U.S. Marine barracks was bombed, killing 241.

Since 1998, when the U.S. embassies in Africa were bombed, he has been assigned to investigate every major Al Qaeda attack against American targets.  In 2000 he created and directed the CNN Terrorism Investigation Unit and led the networks investigation of the 9-11 attacks.

Boettcher is the winner of six national Emmys and a Peabody award. He is one of five reporters in history to win national Emmy’s for three different networks. He teaches journalism at his alma mater, the University of Oklahoma, and serves as a Senior Fellow at the OU Center for Intelligence and National Security

Former Oklahoma State Regent Carl Renfro and the late Carolyn Renfro established the Carl and Carolyn Renfro Endowed Lectureship Program with a gift in 2006. The primary purpose of the endowment is to provide support to cultivate and enhance the cultural and community enrichment offerings in northern Oklahoma to include lecture and performance series at Northern Oklahoma College Tonkawa and in the Ponca City area.

There is limited seating, social distancing and masks are strongly encouraged.