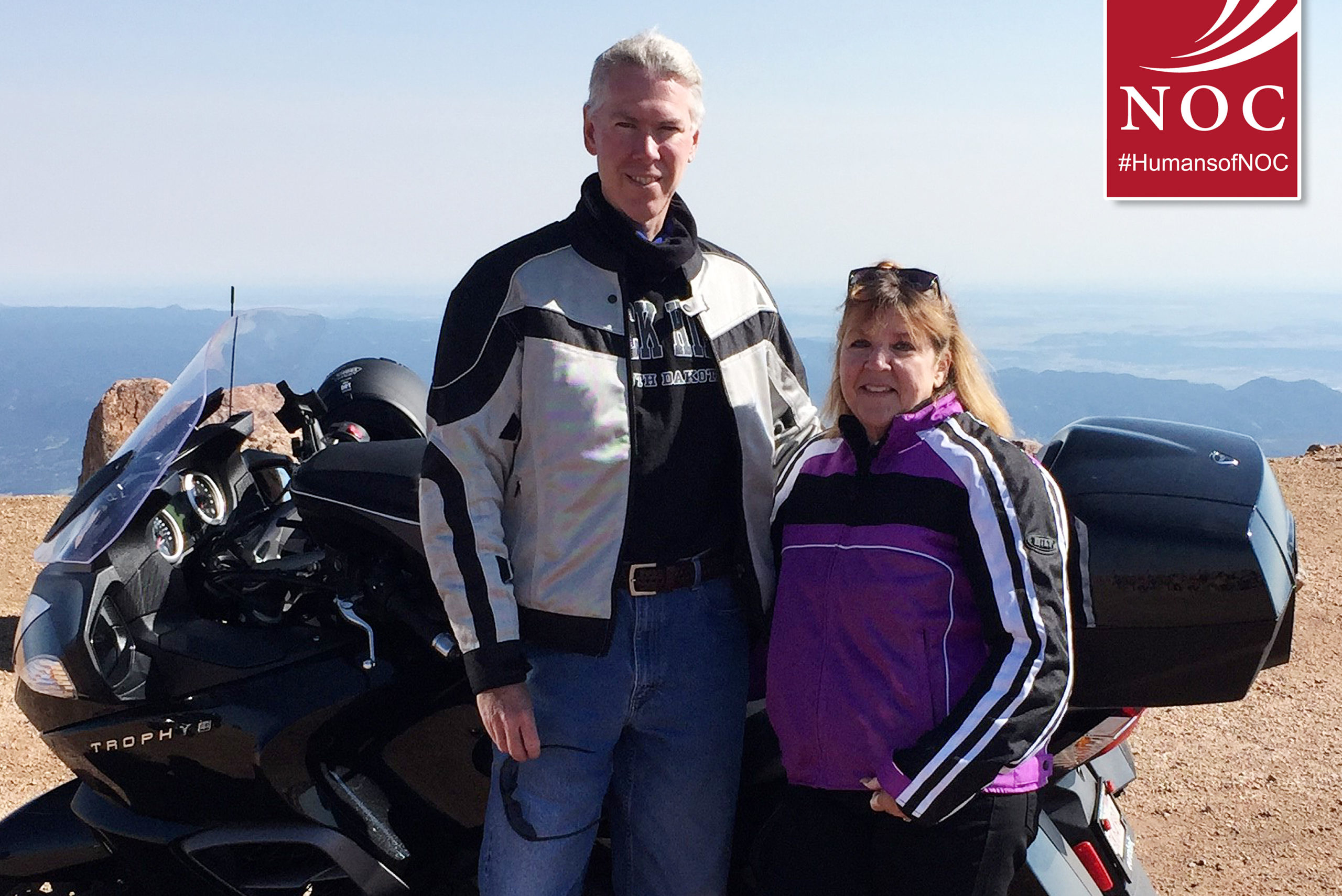 “I never imagined when I was a student here at NOC that I would have a career here.”

For someone who grew up at NOC, I actually never thought I would make my career at the college. My family moved to Tonkawa in 1965 when I was three years old and my father became President of the college. All of my early memories revolve around attending college games, plays, concerts, etc.

As I grew older and attended NOC as a student, I began to recognize all of the things that made NOC a unique learning environment. Being a rural college, NOC was the focal point for bringing in cultural events (performers, art shows, speakers) that otherwise the people of Tonkawa would never see and hear. The large, for its time, international student population brought a whole different way of thinking and experiences to the campus. During the Iranian revolution of the late 1970s we had a large population of Iranian students on campus. Some were pro-Shah and some were pro-Khomeini. An Iranian student I worked with in the college cafeteria was very pro-Khomeini and we would have a lot of discussions about that. We disagreed on most aspects, but I think we both learned a lot about each other’s point of view. I chose to live in the dorm when I attended NOC (something I highly recommend to all students) and my next door neighbor was from Nigeria. He came to NOC, along with 30-40 fellow Nigerians, in the winter and was totally unprepared for the cold. The college faculty and staff, and local people, helped them get winter clothing so they could survive our Oklahoma weather. Mohammed was a great guy and we wound up both attending OSU. We would meet every so often at the Student Union and talk about how our studies at OSU were going.

As I said, I never really thought about making NOC my career. My degree from NOC was an Associate of Science in Business Administration. My plan was to major in Finance at OSU and seek a career in banking. After taking my first couple of finance courses, I realized that I really did not care for doing that as a career so looked around for another option. The course that I had enjoyed the most, so far, was economics so I decided to shift my focus in that direction. I wound up graduating with a Bachelor’s degree and a double major of Economics and Management. This was during the oil bust in Oklahoma in the early 1980s and there really were not many jobs available, so I decided to work on my Master’s degree. Originally I started out in the MBA program but decided I really was not interested in going the general business route. Again, I asked myself what area I most enjoyed and the answer was again, “Economics.” I went over to the Economics Department and visited with the department chair and was both accepted into the Master’s degree program and offered a job as a Teaching Associate. Up to this point, I had not strongly considered college teaching as a career. This was my first experience as a college faculty member.

I taught at OSU for two years while I worked on my Master’s degree and learned that I really enjoyed being in the classroom. I also taught a night class at NOC as an adjunct faculty member so I was driving back and forth from Stillwater to Tonkawa. It was during this time that I met my wife-to-be, Susan. She was teaching a night speech class on the same floor that I was teaching on so we began talking to each other, then dating, and then got married. I finished my Master’s degree in 1987 and moved to Tonkawa. My parents encouraged me to work on my doctorate so I entered the OSU doctorate program in the fall of 1987. I was still teaching part-time at NOC so once again I was driving back and forth several times a week to Stillwater. When I graduated with my doctorate in 1989, the NOC economics instructor retired that same spring, so I applied for that position and was hired as a full-time faculty member in the fall of 1989. Thus began my full-time career at NOC.

Since then I have served in numerous positions at the college. I became the Chair of the Business Division in 1994 and thought that would be the highest position I would ever have. However, in 1996 I was asked to move to Enid to head our new operation there and I have been there ever since. My title has changed several times over the years (currently it is Vice President for Enid Campus) but the responsibilities of overseeing the college’s operations in Enid have stayed largely the same.

I never imagined when I was a student here at NOC that I would have a career here. It has been a pleasure working with students all these years and seeing them grow both personally and academically. The two-year college has a unique place in the academic world, especially those that are located in the more rural areas. We provide educational opportunities to people who otherwise might never have the chance to attend a college. I appreciate the experiences that I have had at NOC and look forward to many more in the future.