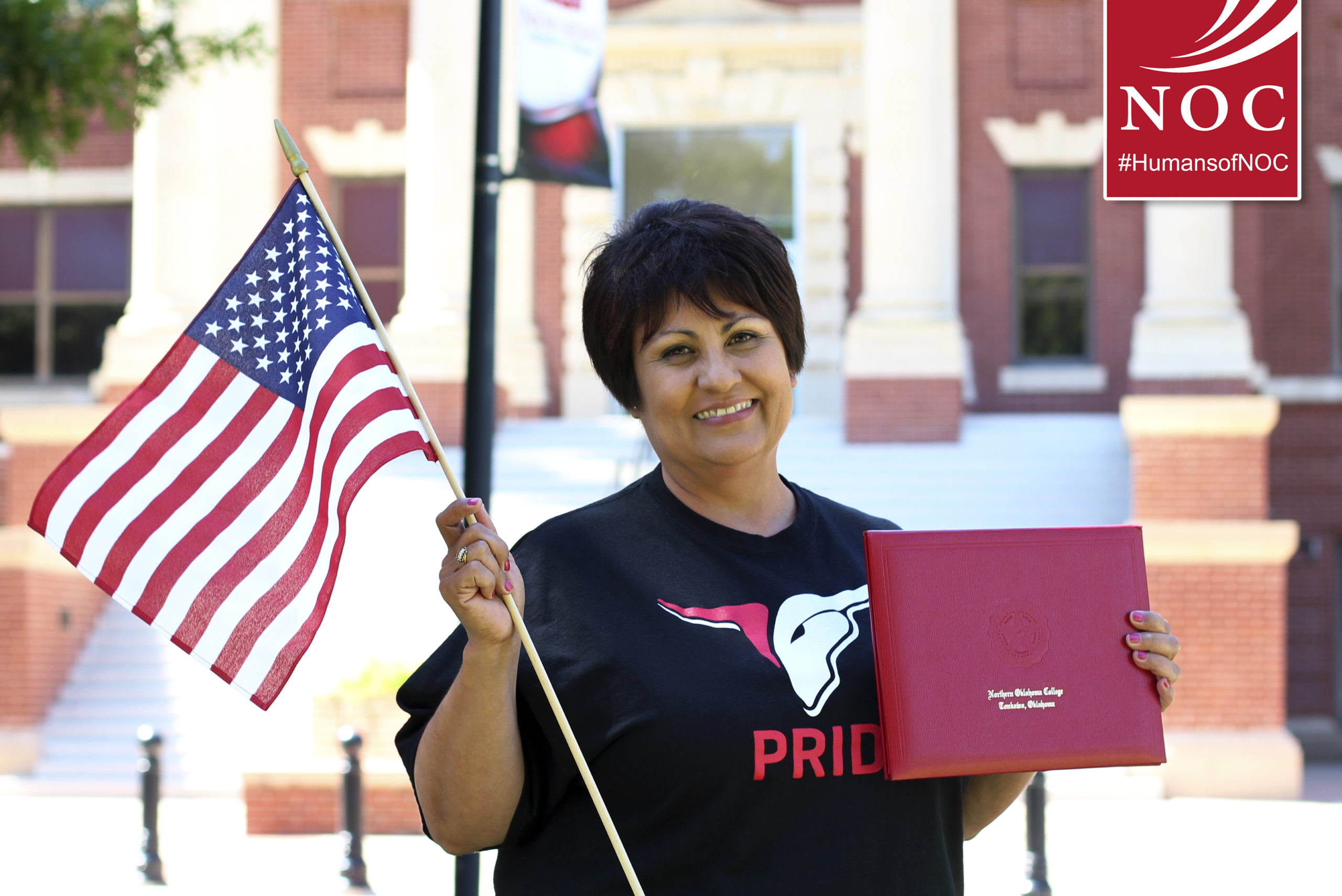 “I studied till 3 in the morning every night and got up at 6 am to be ready for my classes the next day. It was very difficult, but not impossible!”

I married in Mexico in 1982, later, my husband and I wanted a better future for our family and decided in 1987 to move to the U.S. We moved from New Mexico to Texas to Oklahoma. It was difficult to get a home, we had no jobs, no money, no warm clothes for the winter and no food to eat. Times were hard and this life put a strain on our marriage. We settled in Tonkawa in 1996 tried to make things work, but later divorced in 2005.

During this time I began a series of knee surgeries, 3 in total and I ultimately ended up needing a complete knee replacement in 2008. It was then, that I realized that I wasn’t going to be able to work anymore as a laborer, standing for any long periods of time at a job wouldn’t work. That is when I decided I needed to get an education.

I was not well versed in English. I had just the basic communication skills with people. In the spring of 2010 I came to NOC to enroll and Suzy Stergas was the first person who helped me. I took the Compass test and it took me 3 days to complete. My score was a 2 in English and pretty low in Reading. So, I started with the basics that semester.

The first week I cried because I didn’t even understand what the instructors were saying in my classes. So, I went back to Suzy and she changed my whole schedule and major. Then, I met Dr. Moore, she helped me a lot with my English. She always stayed after class for 20 minutes or so to help me with my grammar. I studied till 3 in the morning every night and got up at 6 am to be ready for my classes the next day. It was very difficult, but not impossible! When I finished my finals the first semester I passed all my basics classes with A’s and after two years and one semester I GRADUATED with a 4.0 GPA.

I belong to the PHI THETA KAPPA Honor Society and I’m a proud NOC Alumni. I appreciate all my instructors for all the help they provided me during my time at NOC. My time here wasn’t easy, but I survived on $500 a month with an 8 year old child.

After I graduated with an Associates of Applied Science in Criminal Justice Administration from NOC I was looking for a job and again Northern Oklahoma College gave me an opportunity. I now serve and help other students. Helping them to not give up on their dreams and to know that even sometimes when the journey is not easy, it will all still be worth it.

Last August, I became a CITIZEN of the United States of America; finally my dream came true! I remember when the Immigration Agent said, “Congratulations you passed your History and Civic test of the United States.” and I responded, “I knew I was going to pass this test because I’ve had a very good History teacher, “Mr. Shrek.” I learned all about history from him.” He responded, “He’s doing a great job. Where is this college?” I responded, “It’s Northern Oklahoma College in Tonkawa, OK.” He smiled and said, “Congratulations!” and went on to say, “Your college was very helpful in you obtaining your degree.”