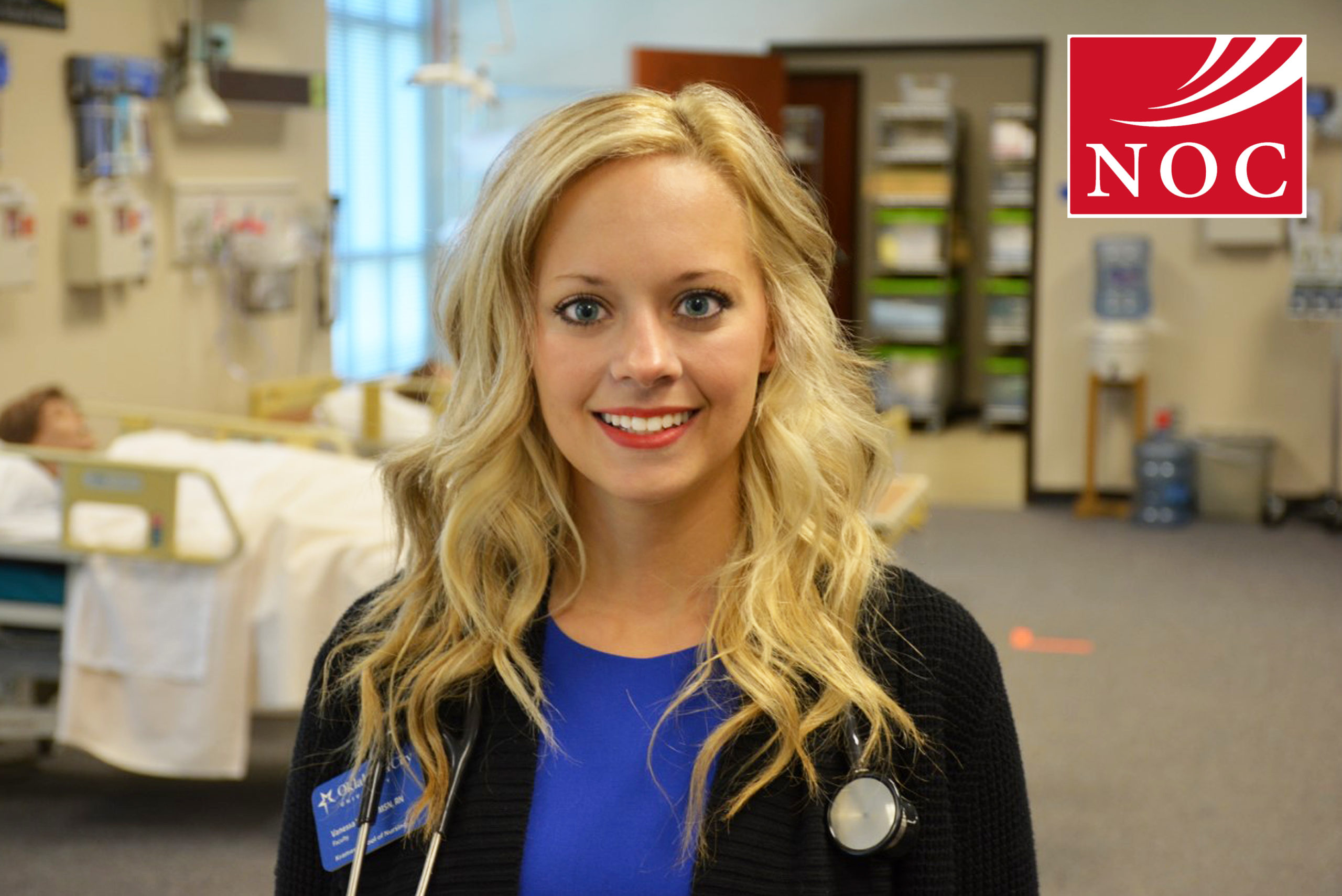 “I realized that God ordered our steps today. We weren’t really running behind; we were right on time!”

Northern’s “Humans of NOC” picked up its current story from an alum’s parent’s Facebook post. After reading her mom’s post, we had to share and wanted to say how proud we are of Ms. Vanessa Wright, PhD(c), MSN, RN!

One unforgettable day this past fall, I watched a very emotional thing unfold right in front of my eyes and it involved our daughter, Vanessa Wright. There’s no way around it; what happened that day and the steps that were taken, it was clear they were ordered by God.

My family was headed back home from a family vacation in Arkansas with my husband and me in one car and our son, two daughters (one of them Vanessa) and our grandson in the car ahead of us.

It was one of those days where everything kept interfering with us getting home from vacation. We tried to leave twice, once getting 10 miles down the road and having to turn back because a family member in Arkansas had left a wallet in our car. Then after we returned the wallet and got back on the road again, we had to stop because my husband, that NEVER has to stop, needed a pit stop.

As frustrating as getting home after a vacation can be, this day we all just rolled with it with smiles. We didn’t know in those moments, but our peacefulness adapting to the delays was the calm before the storm.

My son was driving Vanessa’s car and we were a couple of miles behind them when all of a sudden my husband slowed down and said, “Something’s going on up there.” He then said, “There’s a bad wreck!” Worried it could involve our children, I ran up to the wreck. It was then I saw a car in front of the kids had collided with a brick wall. I continued to the scene to offer assistance and my husband stayed back to help stop traffic. Then I saw our daughter, Vanessa. She had jumped right in and was helping the accident victims. A man was lying there not breathing and had no pulse. Two others had also stopped and were helping with the accident and three highway patrol officers were working on traffic, making room for the ambulances that were on their way.

I was so amazed at our daughter! Once the ambulance arrived, she informed them of the situation she was working with. She asked them for a collar and some medicine. She was told they didn’t have one! So, without blinking an eye, she had someone go get her medical bag from her car.

Meanwhile, a second passenger was pinned under a car. He was alive, but it didn’t look good. While they were waiting on the second ambulance, a man drove up, and he just happened to be a surgeon. He began to help. I heard prayers all over and right then, they got a pulse and he began to breathe. They all worked together to get him loaded in the ambulance.

At this point, the helicopter was trying to land, and I heard the EMT ask our daughter to please stay and help. My heart felt so much love for her, and I was in awe of God’s hands at work.

As the ambulance departed with both accident victims breathing and hanging onto life, I realized that God ordered our steps today. We weren’t really running behind; we were right on time!

We waited over an hour on Vanessa and when we were finally able to leave, we had to stop for her to clean up and change at a gas station. While we were there, a woman came up to my husband and me and said, “Is she with you?” We explained that it was our daughter, and she said, “That young lady saved a life today!” I had held in the tears until that moment.

Then another woman spoke up. She was in the car behind the accident, had witnessed the whole thing and said she immediately began to pray over them. She went on to say that it was a one-car accident. A dog from nowhere ran out in front of them, and the driver swerved to miss it, causing him to run into a brick wall. The woman went on to explain how they too were coming home, how they had left 30 minutes earlier that morning but had forgotten something at the hotel and had to turn and go back. She said, “I knew someone was praying for this couple to send prayer warriors and medical people before the wreck ever happened; God was in control.”

As we got back on the road to head home again, all I could think is how very proud I am of our sweet Vanessa. When we go somewhere with her and we hear, “Hi, Dr. Wright,” we just see her as Vanessa, our daughter, but watching her work with all that she had in her was something I can’t explain. Thank you to all the nurses everywhere, thank you to Northern Oklahoma College and Oklahoma City University for her education and thank you to God above for placing us all in the right moment at the right time.”

Vanessa Wright, RN, MSN, began as a Licensed Practical Nurse graduating from Pioneer Technology Center, Ponca City, OK, in 2008 and received her Associate in Applied Science in nursing from Northern Oklahoma College, Tonkawa, OK in 2010. Vanessa obtained her BSN in 2011 and MSN in 2013 from Oklahoma City University. She received “The Heart of Nursing Award” and graduated top of her class. In November of 2016 she received the “30 under 30 Healthcare” award from Governor Mary Fallin. She is currently in the process of obtaining a PhD from Kramer School of Nursing. Her clinical practice areas included Emergency Medicine, Labor and Delivery, Medical-Surgical and House Supervisor. She is currently a member of Emergency Nurses Association, American Nurses Association, Oklahoma Nurses Association, The Red Cross, National League of Nursing, Oklahoma Reserve Corps., and is Academic Vice President representing OCU for Sigma Theta Tau International’s Beta Delta Chapter-at-Large. Vanessa has been a nursing educator since 2012 and is passionate about producing nursing research grounded in Jean Watson’s Theory of Human Caring and the creation of a caring curriculum in nursing academia.