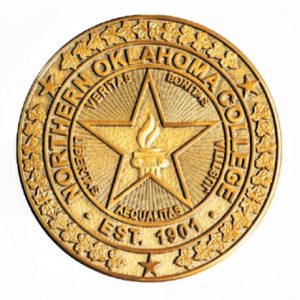 A Medallion is given to a new President to represent a transfer of the responsibility of office and an obligation to promote and maintain the values represented by the institution.  The Presidential Medallion, designed by Northern Art Professor Audrey Schmitz, incorporates elements of the college seal as well as including the following: