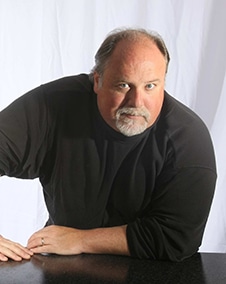 NOC Tonkawa candidates will march into Foster-Piper Fieldhouse on the Tonkawa campus at 9:30 a.m. Saturday, April 30.

That same day NOC Enid and Stillwater candidates will enter Briggs Auditorium on the Enid campus at 2:30 p.m.

Pinning ceremonies for graduates from the NOC nursing program will take place at 7 p.m. on April 30, in Briggs Auditorium.

A sixth-generation Oklahoman, Carter has been a journalist in his native state for more than four decades. He has spent most of his career as an investigative reporter, career covering Oklahoma politics and writing about the impact of government policy on the public.

A Yale High School 1981 graduate, earning an Associate of Arts degree from Northern Oklahoma College and a bachelor’s degree in Journalism from the University of Oklahoma. In 2016, he received the NOC Distinguished Alumni Award.

In 2014, he earned a master’s degree in Professional Writing from the University of Oklahoma’s Gaylord College of Journalism and Mass Communication. Carter has worked at newspapers across the state including the Stillwater NewsPress, the Norman Transcript and the Oklahoma City Journal Record.

In 2014, he captured the Associate Press-Oklahoma News Editors Sweepstakes Award for his investigation of the construction of two tornado-ravaged schools in Moore. That award, his fourth AP Sweepstakes Award in six years, followed his investigation of the Oklahoma Department of Veterans Affairs in 2012; and a series of stories about the sale of the Sardis Lake Reservoir in 2010.

Also, in 2013, he was named one of the Oklahoma’s top three political reporters by The Washington Post’s blog, The Fix.

A published novelist, his first novel, Stealing Kevin’s Heart, was published in 2011 by Road Runner Press. That novel was a finalist for the Oklahoma Book Award.

In 2019, he was a co-founder of the largest high school journalism program in the state, the Epic News Network and in 2021 he received the Lois A. Thomas Newspaper Advisor of the Year award from the Oklahoma Scholastic Media Association.

Today, he is an adjunct Professor of Journalism at the University of Oklahoma and Rose State College and serves as the Capitol Bureau Chief for the Southwest Ledger.

Carter is a past president and member of the board of directors for the Oklahoma Pro Chapter Society of Professional Journalists.

Carter lives in Oklahoma City with his wife, Karen, an elementary school teacher, and their six children.